Mike and Ashley’s Atlanta wedding was stunning from beginning to end. Ashely began the day by getting ready in her parent’s GORGEOUS estate in Buckhead, (there wasn’t a single room that we couldn’t have filmed in, even the bathrooms were magazine worthy!) while Mike finalized his preparations at St. Regis Atlanta. The two made their way to the iconic Peachtree Rd United Methodist Church for the ceremony. As we headed to the St. Regis for the reception and portraits, we were a little rushed as we saw a huge rain cloud coming in, and we still wanted to get some out door portraits of the new bride and groom. We hit some sort of MAGICAL moment, where it did start to rain but the sun was still shining, which resulted in some incredibly unique and artistic shots of the couple. We were thrilled! The magic didn’t stop there, as you can see, when you walked in to the ballroom for the reception, we were greeted with tall greenery with classic white florals throughout the entire room, and a clawfoot brides cake (yes clawfoot!). Not only was the entire day filled with beauty, but the couple’s love for each other was the real star of the show and reason to be celebrated! Full film coming soon, in the meantime, enjoy this teaser film! 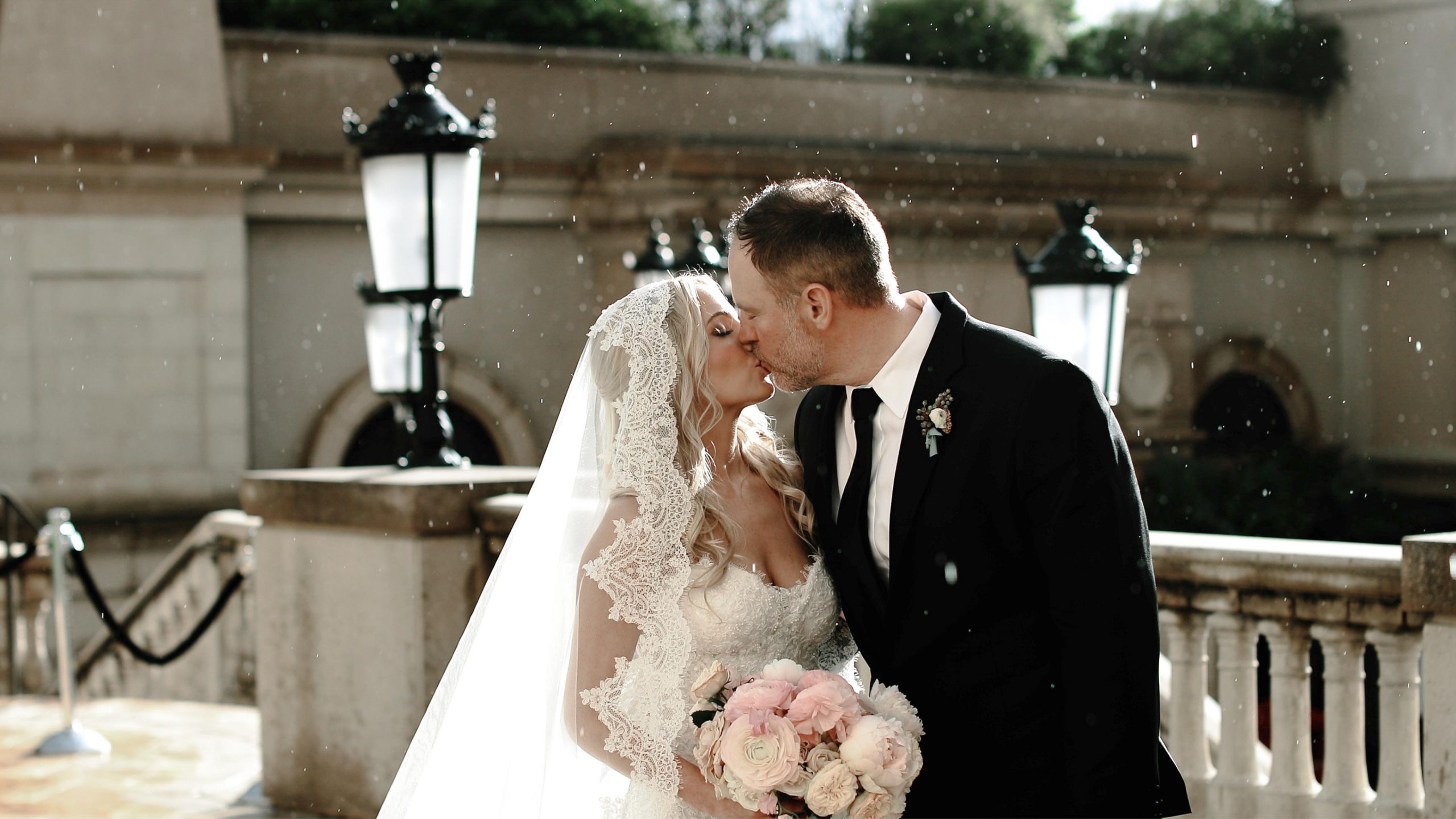